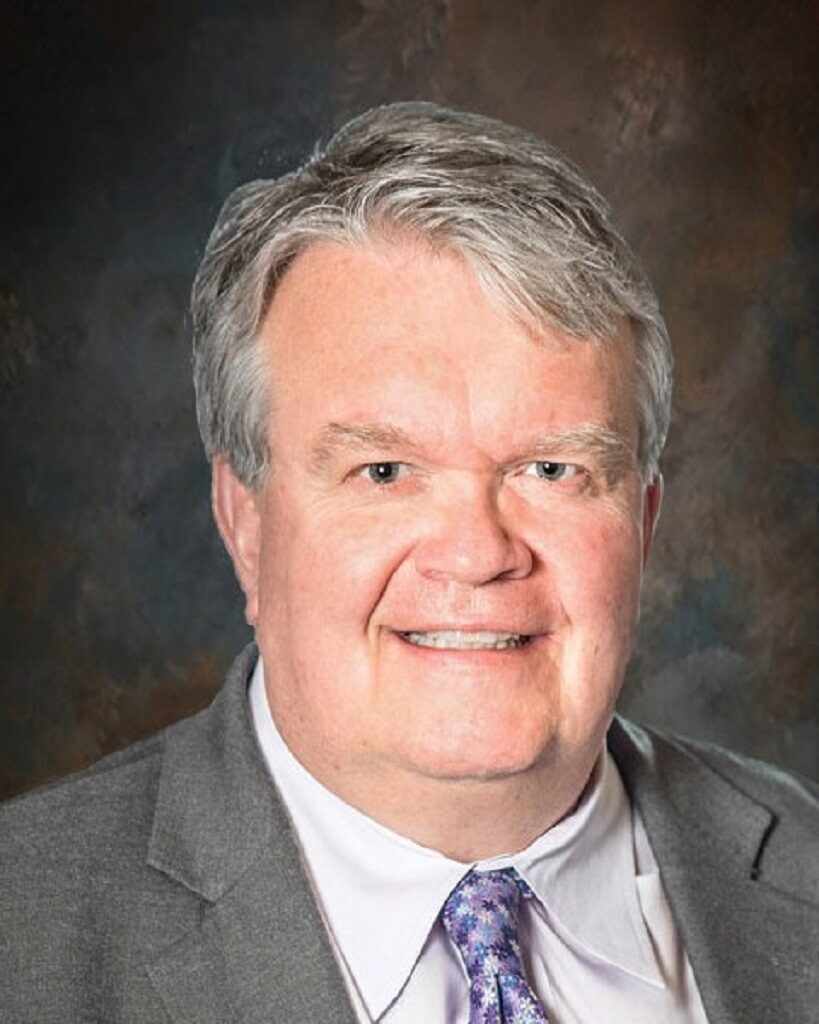 Jim co-founded Malvern Capital Management (“MCM”) in 2018. Prior to forming MCM, he served as the Chief Investment Officer at OneSource Retirement Advisers from 2016 to 2018, a suburban Philadelphia-based investment adviser. Jim was responsible for the firm’s overall investment process and advising ultra-high net-worth and emerging-affluent clients on a range of retirement issues, including the construction of portfolios to support lifetime income. Jim’s experience includes designing portfolios for clients approaching retirement with the goal of providing steady income, safety and measured growth.

From 2006 to 2016, Jim served as First Vice President and Chief Market Strategist for First Niagara (formerly Harleysville National Bank and currently Key Bank), Wealth Management division where he was responsible for the economic and portfolio advice provided to its ultra-high net-worth and wealth management clients

Jim has over 30 years of investment experience serving in various investment positions since 1986 including a senior financial consultant for 16 years at a suburban Philadelphia investment adviser where he also was a member of its investment committee.

Jim earned his B.A. from Macalester College and MBA from Temple University. He is a Chartered Financial Analyst charter holder (CFA) and a Certified Financial Planner professional (CFP®).

Jim lives in Kimberton, PA with his wife, Teresa, and son, Luke. He is a prolific reader of many different subjects. He enjoys hiking and walking as well as going to the gym. He also enjoys watching football and baseball and is a huge Minnesota Twins fan. 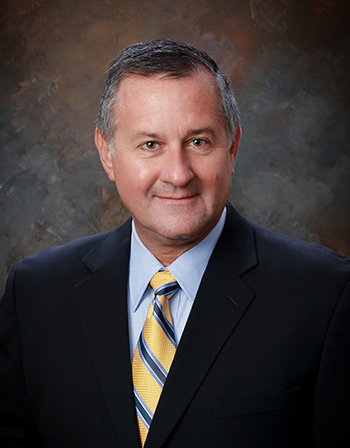 Michael is a passionate entrepreneur and a 30-year veteran of the financial services industry specializing in institutional and wealth management business development including successful business expansion, distribution and executive management skills. In addition to co-founding Malvern Capital Management in 2018, Michael was a former CEO of an SEC registered investment adviser where he played a significant role over twelve years improving, building and growing the small adviser business into a half-billion dollar enterprise prior to his departure.

Michael has always worked in positions of increasing responsibility for several of the investment industry’s largest firms, such as Charles Schwab Institutional; focusing on services to financial advisers, pension consultants, banks, family offices and retirement plan providers. Michael consistently ranked among the most successful sales executives for one of Wall Street’s most renowned investment managers, as Vice President of Institutional Marketing for Fred Alger Management. Michael has entrepreneurial experience and has enjoyed the challenge of managing a successful startup through the development, operation and ultimate sale of a business in the Philadelphia area.

Michael is an active member of both the Phoenixville and Chester County Chamber of Business & Development and a member of the Small Business Alliance where entrepreneurs of various industries share ideas and best practices on building their businesses.

Michael resides in Kimberton, PA with his wife Karen, sons Michael and Benjamin. In his spare time and as a hobby, he and his wife are professional BBQ’ers and compete against some of the best barbecue teams in the mid-Atlantic. 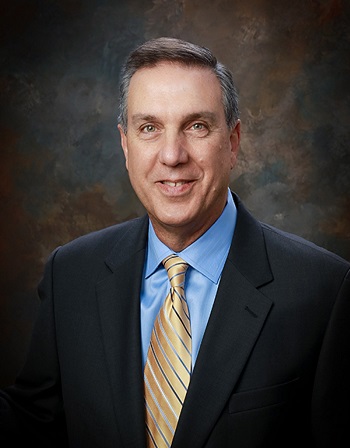 Louis joined Malvern Capital Management in September 2019 as Executive Vice President. He is primarily responsible for Malvern Capital’s business development and maintaining client relationships in the high-net worth area as well as the defined contribution and defined benefit retirement plan marketplace. For nearly 25 years Lou has dedicated himself to providing exceptional service to his clients.

Prior to joining Malvern Capital Management, Lou served as President of Symons Capital Management for over six years where he worked side-by-side with the firm’s CEO to help grow the small SEC registered investment adviser into a half billion-dollar enterprise. Mr. Iovannone began his career in the financial services industry in the mid-1990s. Mr. Iovannone previously held the position of Senior Vice President of Manchester Advisors, the Investment Advisory division of a large national retirement plan administration firm where he was instrumental in growing that business segment to over a billion dollars in AUM/AUA. His responsibilities included business development, product development and oversight of the day to day operations of the firm including building, maintaining and servicing client relationships. Prior to becoming SVP, Mr. Iovannone held the positions of Vice President and Chief Investment Officer of Manchester Advisors.

Lou resides in South Jersey with his wife and family. In his spare time, he enjoys spending time with his family, golfing with friends, music and cooking. He also enjoys watching and rooting for the local Philadelphia sports teams 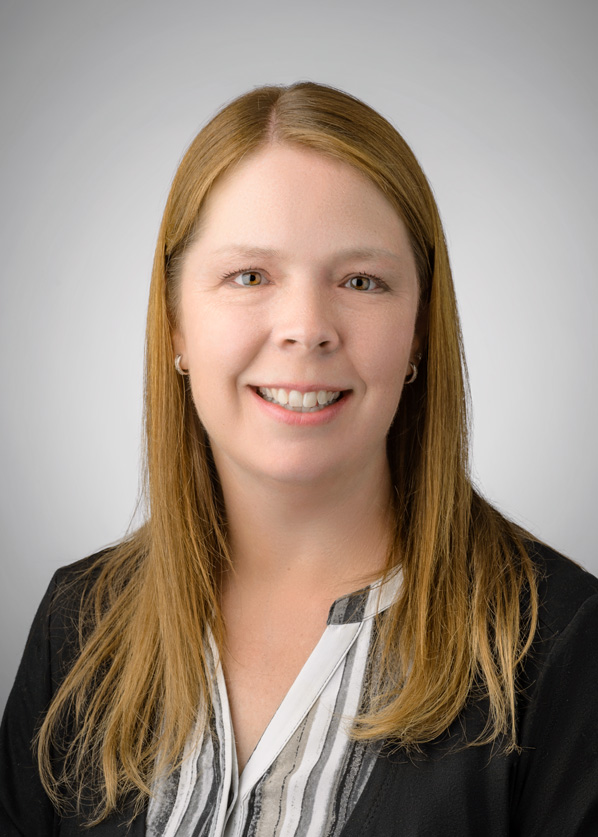 Jenny joined Malvern Capital Management as the Executive Vice President of Operations in June of 2021. Her prior roles include Vice President of Financial Operations for a commercial real estate company and Director of Operations for a telecom services company. Over the course of her career, she has gained expertise in operations, project management, process development, and revenue management. Jenny has experience in growing small businesses, both by growing revenue and streamlining operations. In the commercial real estate industry, she developed new revenue strategies (pricing, marketing, competitive analysis), negotiated new lease and management deals, and provided forecasting and budgeting. In addition, she implemented standard operating procedures as well as organized back-office activities including customer service, billing, and accounts payable/receivable. While working in the telecom industry, Jenny designed and implemented the organizational structure of overseas subsidiaries. She defined the business requirements and led the team to build contact centers in South Africa and India.

Jenny received her Bachelor of Science in Mechanical Engineering from Carnegie Mellon University and her Master of Business Administration from Xavier University. She resides in Ambler, PA and in her spare time she enjoys spending time with her family, playing games, and traveling. She is also an active volunteer with the local community food cupboard where she provides job counseling services to low-income clients.

This website is for informational purposes only and does not constitute a complete description of our investment services or performance of Malvern Capital Management, LLC (“MCM”). This website is in no way a solicitation or offer to sell securities or investment advisory services except, where applicable, in states where we are registered or where an exemption or exclusion from such registration exists. Information throughout this site, whether stock quotes, charts, articles, or any other statement or statements regarding market or other financial information, is obtained from sources which we and our suppliers believe reliable, but we do not warrant or guarantee the timeliness or accuracy of this information. Nothing on this website should be interpreted to state or imply that past results are an indication of future performance. Neither MCM, nor our information providers, shall be liable for any errors or inaccuracies, regardless of cause, or the lack of timeliness of, or for any delay or interruption in the transmission thereof to the user. THERE ARE NO WARRANTIES, EXPRESSED OR IMPLIED, AS TO ACCURACY, COMPLETENESS, OR RESULTS OBTAINED FROM ANY INFORMATION POSTED ON THIS OR ANY LINKED WEB-SITE.

Our current disclosure statement, SEC Form ADV Part 2, may be viewed at www.adviserinfo.sec.gov.

We are here for you